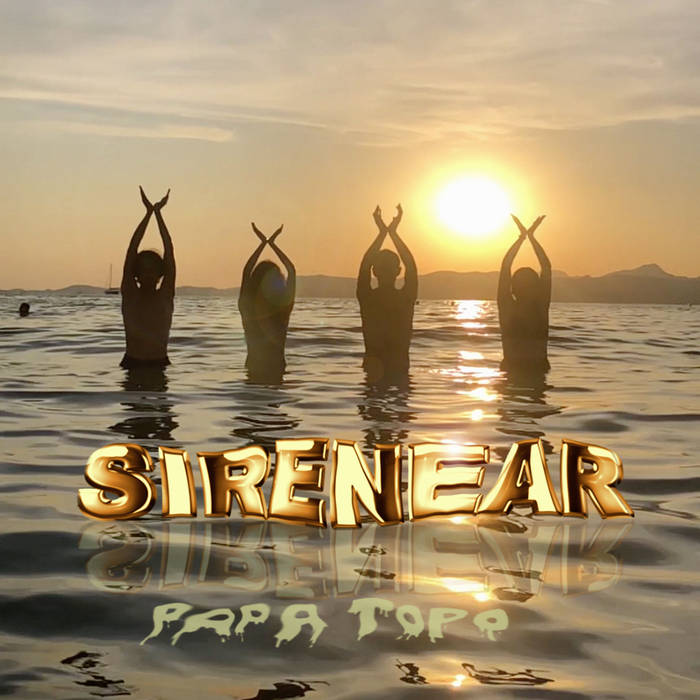 We already knew about Adrià’s ability to write great summer hits. Or maybe you don’t want to admit that every time summer comes, the wonder that is “Lo Que Me Gusta Del Verano Es Poder Tomar Helado” comes right into your head? Because with this “Sirenear”, PAPA TOPO has left us speechless. It is a love song to Mallorca, to its contrasts; it mixes the vitality of its crystalline waters with the sadness of living a bit isolated and looking for physical love.

This song has arrived to illuminate and (and rock) these summer days, and for it, Adrià himself confirms he was influenced by other summer hits by PARADISIO, SONIA Y SELENA, PONT AERI and even songs that were used in tourist ads in the 60’s (“El Puente Hacia Mallorca” and “El Turista 1.999.999”).

For the production, they worked with Milton (DËNVER), whom Adrià met a few years ago when DËNVER played their last concerts in Spain, and they stayed at his house in Barcelona for a few days. That is where they discovered that they had a lot in common, musically and personally, and they decided to work together in the future. When he wrote “Sirenear”, Adrià thought that Milton would be the perfect producer because of the sweet, danceable sound of so many of his productions ("Mai Lov", "El Fondo Del Barro" or his recent "6,6").

On “Sirenear”, we hear the story of a mermaid who is stranded on the beaches of Mallorca, and who uses her magic and charms to fight against loneliness. The song moves at a trot, and is full of vocoders, autotune and vocal stretches. And, to top things off, this digital release is accompanied by the very first video directed by Adrià himself. It is an audiovisual work loyal to his B-series spirit, recorded using only cell phones, where we can see the story of how a group of mermaids from outer space invades Mallorca, seducing the inhabitants of the island to ultimately eliminate them, even flooding the island and turning it into a paradise called Sireneland (Mermaidland, in Spanish). Mermaid, return to the sea.

This is definitely an irresistible song, that is disturbing at the same time, and that should be included immediately in all Balaeric summer sessions. Yes, we like ice cream. But we like PAPA TOPO more!