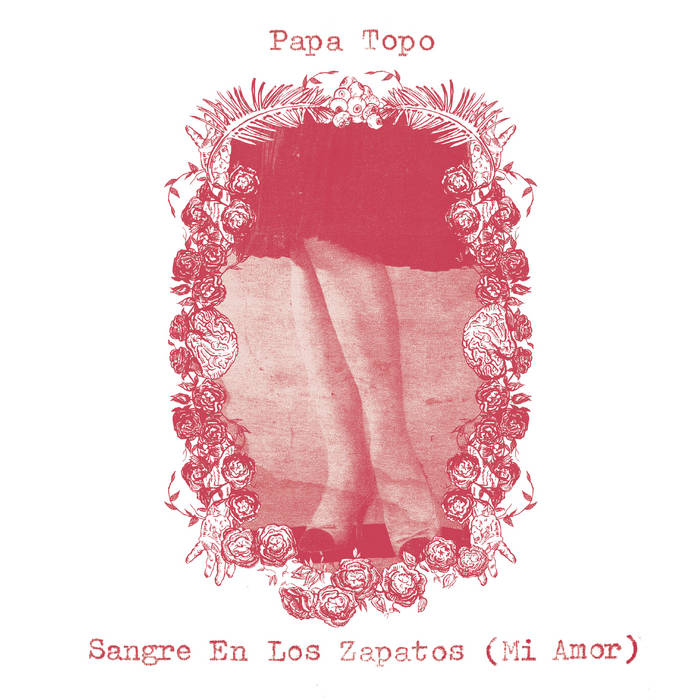 We’re always anxiously awaiting new songs from PAPA TOPO, we’d even say it’s almost obsessive. After “Oso Panda” (which is close to a million views on Youtube), “La Chica Vampira” and “Rotación Y Traslación,” after having played with THE PRIMITIVES, and in important festivals like Indietracks (UK), Festival Milhões (Portugal), Monkey Week, Primavera Sound, and Murcia’s Lemon Pop, we can’t help but get excited about the idea of listening to new material. So, get ready, because “Sangre En Los Zapatos (Mi Amor)” is here, PAPA TOPO’s first song with their new line-up, a limited edition, blood-red vinyl!!! Along with Adrià, the now sextet is made up of Óscar Huerta Plaza (guitar, chimes, and choruses), Julia Fandos (concert flute and vocals); Sònia Montoya Barberà (bass and choruses), Omar Ballester (drums), and Ferrán Puig Bosch (trombone, choruses, second guitar).

“Sangre En Los Zapatos (Mi Amor)” is an unquestionable hit, a classic disco song produced by Guille Milkyway (LA CASA AZUL), that makes euphoria break out on the dance floor, between echoes of ALASKA Y DINARAMA, SCISSOR SISTERS and CHIC. It’s going to be played non-stop in the best indie clubs and the lyrics will lead to some of the most terrifying choreographies on the indie planet. And since they’re anything but predictable, the following song, “Meteoritos En Hawaii”, completely changes gears: an irreverent punk song, very 80’s, along the lines of LAS CHINAS, EJECUTIVOS AGRESIVOS and GLUTAMATO YÉ-YÉ, with lyrics full of corrosive irony, “¡No te vayas, no me dejes solo en Honolulu! / ¡No te vayas, no me dejes, me da mucho yuyu!” (Don’t go, don’t leave me alone in Honolulu! / Don’t go, don’t leave me, it’s spooky without you).Inimitable.

The B-side is a new exercise in eclecticism, in this case towards more seventies-styled sounds and a clear devotion to Brazil, one of the musical influences that Adrià most fervently recognizes. “Milano” is a da-ba da-ba da-ba of tropical air, full of marvelous arrangements and exotic melodies that let remind us of some of the best and most agile songs by Joao Gilberto and Walter Wanderley but with clear Mediterranean influences, as well as from the soundtracks of the most fun and refreshing movies from the 60’s in Spain, France and Italy. It’s an absolute delicacy of lounge reverb. “Diumenge” is a delicious bossa sung in Mallorcan that narrates a lazy and candid Sunday, contemplative and beautiful. Wilson Simonla, Astrud Gilberto, Sergio Mendes and the warm sound of the A&M albums of the 60’s.

This release reaffirms the versatility and enormous inspiration of our young Adrià Arbona, and it confirms that PAPA TOPO’s new line-up is going to continue to give us marvelous moments.