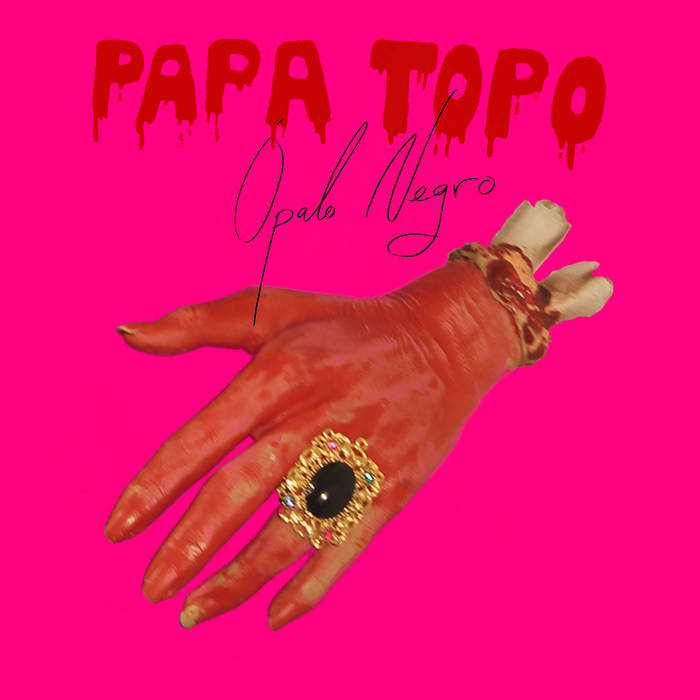 We have experienced a lot of changes in the line-up and the universe of PAPA TOPO, and soon we will have the physical manifestation of this new stage in the career of the truly inspired character that Adrià Arbona respresents for pop music. As an appetizer, we give you the single that gives their long-awaited debut album its name. “Ópalo Negro” is a surprising, multi-faceted song with a solid, cohesive sound, that at the same time has such diverse influences as GOLPES BAJOS, French electro-pop from the 80’s, Carlos Berlanga, Italo disco, and the addictiveness of choruses so very LA CASA AZUL. This is definitively a futuristic bolero with electronic bases and arrangements; a small tribute that goes from Sara Montiel’s collaborations with Nacho Canut and Carlos Berlanga to Liza Minnelli’s with the PET SHOP BOYS.

“Ópalo Negro” also includes a video directed by Marc Ferrer, who co-directed the video for “Sangre En Los Zapatos (Mi Amor)” with Anna Díaz and who just released his first feature-length, “Nos Parecía Importante”, which PAPA TOPO perform in and which Adrià wrote the soundtrack for. In the video, the usual aspects of Adrià’s imagery shine: supernatural incidents, dance, B-series terror films... A girl is tormented by her night-time paranoias of flying scissors that chase her, and a hand with an opal (the hand of the boy she dances with at a party) that constantly haunts her. Behind these paranoias we can see a turbulent plot with a surprising ending. The magical realism of Jean Cocteau and the fantasty films of John Carpenter mix with a dancefloor with 80’s-style reflections. While we continue to discover, little by little, the creative universe of PAPA TOPO, we await their imminent masterstroke.